Bollywood actress Aishwarya Rai Bachchan has become the first female actor ever to hoist the Indian National Flag at the Indian Film Festival of Melbourne (IFFM), Australia’s annual celebration of film from India and the subcontinent. 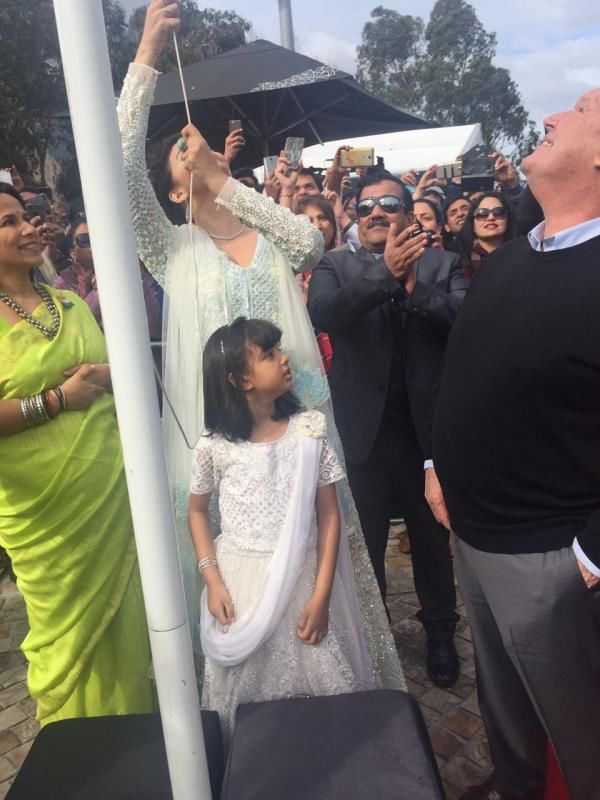 The official handle of IFFM posted a picture on Twitter with a beautiful caption that read, “Aishwarya Rai Bachchan hoists the Indian national flag at @FedSquare celebrating the 70th yr of Indian independence” 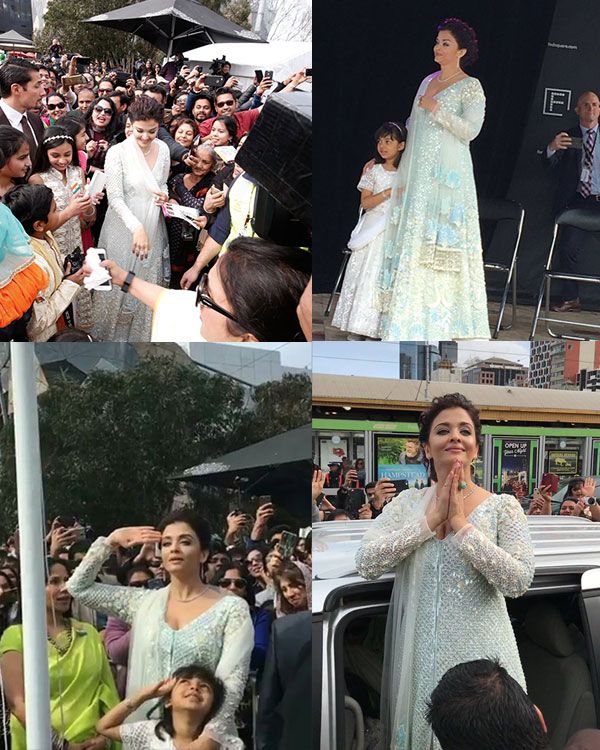 While she looked gorgeous donning a white and light blue floor length anarkali dress, her darling daughter Aradhya can be seen in a white ghagra choli. 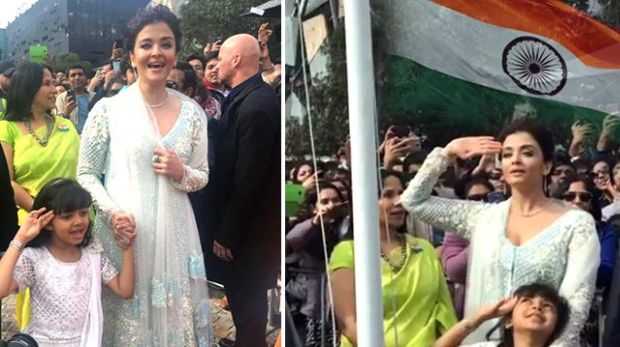 The ‘Ae Dil Hai Mushkil’ star thanked Melbourne for giving such a great honour to her and said, “Thank you so much Melbourne, thank you everyone for giving us such a moment of pride and happiness with so much love and warmth. Celebrating our 70th Independence Day will forever be such a beautiful memory for me and my dearest Aaradhya.”

Aishwarya Rai Bachchan and Aradhya, after the actress hoisted the Indian flag at Independence Day celebrations as part of #IFFM2017 pic.twitter.com/rYvrG7MHOB