Sonam Kapoor returns as Vogue India covergirl on their 10th anniversary. She seems to be the topmost choice for the covers of fashion magazines .Without her producer/stylist/co-designer sister Rhea, she has been brazen about the role clothing plays in their personal and public lives.

Striking a sizzling pose with slight sunshine falling on her face, Sonam looked picture perfect on the cover of Vogue. 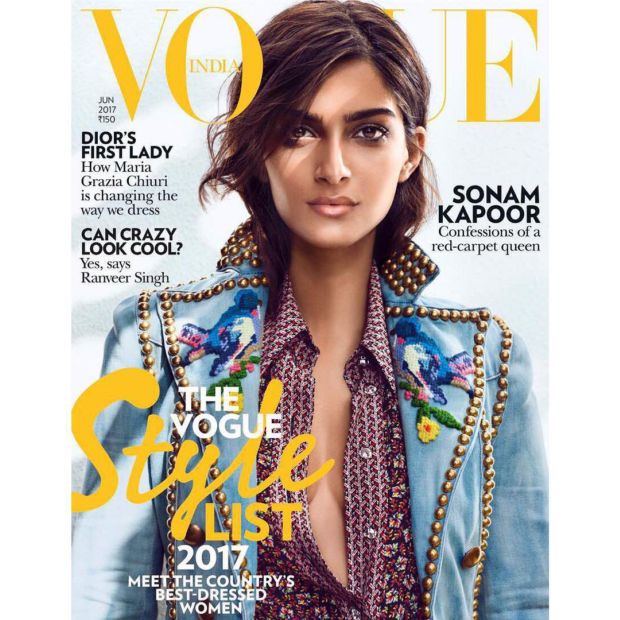 Sonam is seen wearing a Gucci printed shirt dress buttoned down. She layered her shirt dress with a blue denim jacket that has various bronze studs on the collars. The collars have a classy bird print embroidered on it. Messy hair, bronzed makeup, nude lips and hazel eyes complemented her look.

Styled by none other than stylist, Anaita Shroff Adjania, Sonam looks flawless. So impeccable that it almost looks unnatural.

Her peppy look was highlighted with a messy hairdo, styled by Gabriel Georgio, which was further made to look near perfect thanks to make up artist, Subhash Vagal and photographer Signe Vilstrup.

The Vouge India has also posted a video on Instagram showcasing the different looks she has tried out for this Vogue edition. Click on the link below to see the video

Which of these trends would @sonamkapoor slay? Find out Vogue.in