Actress Shraddha Kapoor is all set to portray the role of Haseena Parkar in Apoorva Lakhia’s upcoming release. The beauty will stun her fans with the amazing transformation in ‘Haseena – The Queen of Mumbai’. The film is a biopic on the sister of horrendous don Dawood Ibrahim.

The film also featured Shraddha’s brother debutant Siddhanth Kapoor. For the first time we have real life siblings depicting the role of reel life siblings. The first look of Haseena revealed the titillating fierce look of the siblings. Now a picture from the sets of the film is trending on the social network that was shared by a fan club. 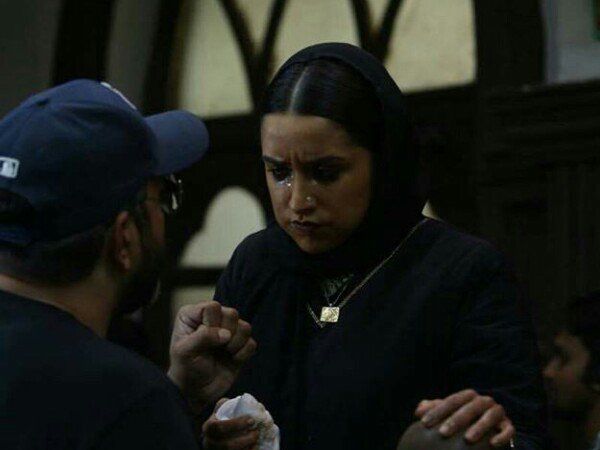 The picture showcases Shraddha Kapoor dressed in a red kurta and red dupatta over her head, with pan stuffed in her mouth. What caught our attention was the fierce and serious expression on her face. It will make you awestruck. 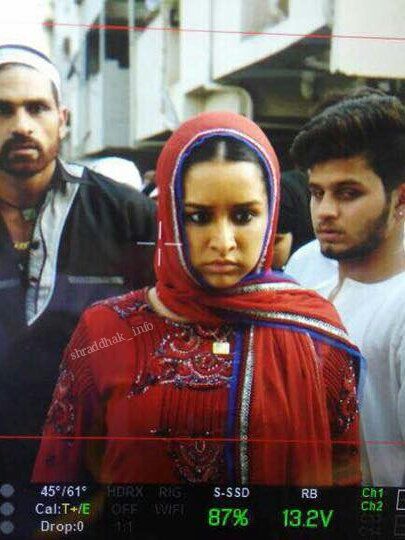 ‘Haseena – The Queen of Mumbai’ is scheduled to release on July 14, 2017, and will be clashing with Ranbir Kapoor and Katrina Kaif starrer ‘Jagga Jasoos’.