It’s been over a month since Karan Johar announced the superb news of becoming a single dad of surrogate twins- Yash and Roohi. Since then, the ever-busy filmmaker has been on a paternity break playing his new real-life role of a father with utmost perfection.

Karan is damm excited to give his children every possible happiness in the world, so much so, that the doting dad has even started planning vacations for them with Kareena Kapoor and Saif Ali Khan’s son Taimur. 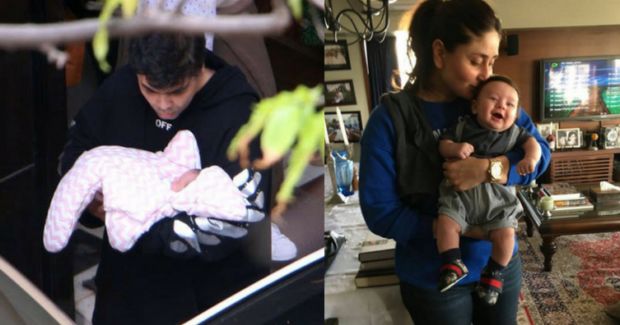 Karan says, “Bebo’s son Taimur is a few months older than Roohi and Yash, and she and I have already started making plans for holidays together!”

Karan is dutifully playing dual roles of a mother and father to his twins. The party animal in him has taken a step back and all he can think of is only his babies. The filmmaker happily admits that his kids have filled in the empty space in his life with an invisible energy.

The responsible father is planning to make a creche for his kids at his office so that he can take care of his little ones while at work.

Karan blissfully said in his interview that, “When they were born, I knew that my work, travel and social commitments would take a backseat because I’d want to give them unconditional love, care and attention. And now that they are home, I cannot stay away from them for long. It’s only been hours since I’ve been away, and look at me! I’m sharply aware of the time; I keep looking at my phone, because it’s the channel to my kids. I’ve decided that as soon as they are old enough, and before they start school, I’m going to bring Roohi and Yash to the office. Why not! Aren’t they productions of Dharma Productions?”

He also unvieled that, “I want everybody here to know them. I want them to be all over the place. And I’m already looking at building a crèche here. It will be like Disneyland! I’m also looking forward to them travelling with me when I go outstation on shoots. Bebo’s son Taimur is a few months older than Roohi and Yash, and she and I have already started making plans for holidays together!”

One person the filmmaker owes everything to is his mother. Even now, his mother is there to help him figure out his new role with a never-seen-before energy. “She’s up early, fully made up and with her hair done, ready to face a new day with her grandkids. I’ve never seen her looking younger than she is today,” adds Karan.