After becoming almost unrecognisable with super professional prosthetics in ‘Raabta’, Rajkummar Rao is experimenting with a new look yet again for an upcoming web series based on freedom fighter Subhash Chandra Bose. 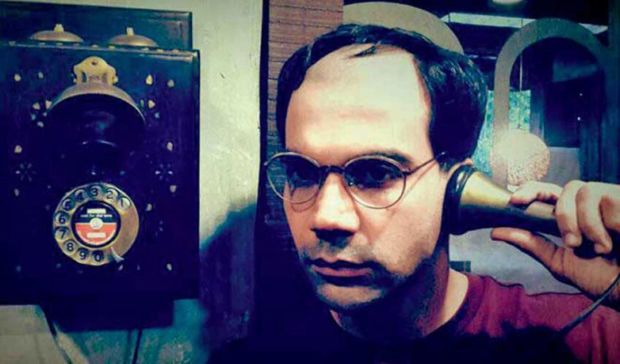 Rajkummar seems to be doing a lot of work for this. On the demand of the character, he has shaved the crown of his head to look similar to Subhash Chandra Bose.

According to sources, “When Rajkummar gave his green signal to the web series, he thought of sporting a semi-bald look as value addition to his appearance. He takes his roles seriously and doesn’t hold back from putting in extra effort to make them more realistic and interesting.”

In an interview , Rajkumar said,”We tried prosthetics, but that wasn’t working for the look. Playing Netaji was a huge responsibility, and we didn’t want to go wrong in any aspect. It was an impromptu decision to shave the crown part. It isn’t a big deal. I did what had to be done.”

The life of Netaji Subhas Chandra Bose, which is being directed by Hansal Mehta has Rajkummar Rao as the lead.

On the professional front, Rajkumar is busy promoting his upcoming film Behen Hogi Teri, which also stars Shruti Haasan as the female lead.