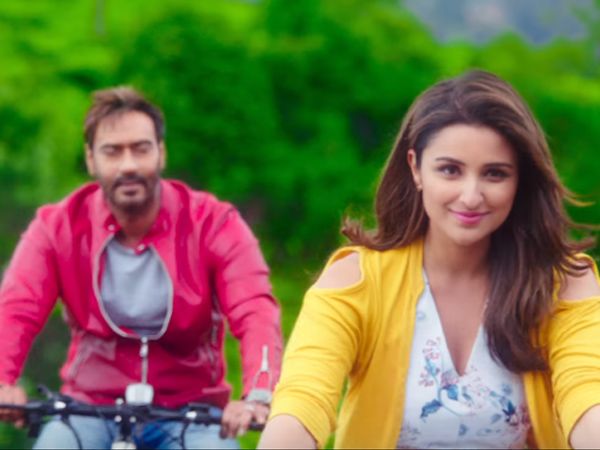 A new song from Rohit Shetty directorial ‘Golmaal Again’ has been out. The song ‘Maine Tujhko Dekha’ has a smitten Ajay Devgn unable to reveal his feelings for Parineeti Chopra. The Singham of Bollywood is given moral support by Arshad Warsi, Tusshar Kapoor, Shreyas Talpade, Kunal Kemmu.

The song has been crooned by Neeraj Shridhar and Sukriti Kakar. The lyrics of the romantic number has been penned by Kumaar, Rahat Indori. The music is by Amaal Mallik and Anu Malik.