Watch Song ‘I Am India” From ‘Qaidi Band” Celebrating The Spirit Of Patriotism!

The first poster and trailer of Aadar Jain and Anya Singh’s Bollywood debut movie ‘Qaidi Band’ had riled our interest. Now the makers have unveiled the first song from the film and it celebrates the true spirit of Patriotism. 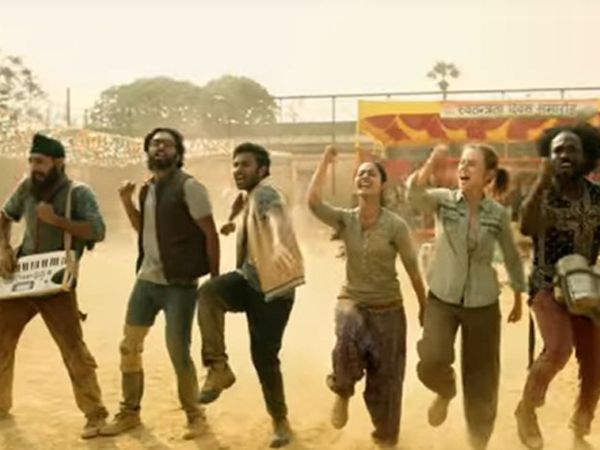 The song has the lead actors showcasing their dancing and singing skills. Crooned by Arijit Singh & Yashita Sharma. The lyrics of the new age patriotic number has been penned by Habib Faisal.
Also See: Newcomer Anya Singh Looks Hot In Bikini & Aadar Jain Reminds Us Of Ranbir Kapoor
‘Qaidi Band’ is a story of five inmates who come together to form a band as a part the Independence Day celebrations. The troubles they face as they strive to win their freedom with their music is the story all about.