The third song ‘Oonchi Hai Building 2.0’ teaser from the movie ‘Judwaa 2‘ is out. After getting huge followers and love for their unique songs like, ‘Suno Ganpati Bappa Morya’ & ‘Chalti Hai Kya 9 Se 12’, we only expect this song to get the same kind of recognition. This song is the recreated version of iconic movie ‘Judwaa’ and we’re really excited to see and move our legs to it. 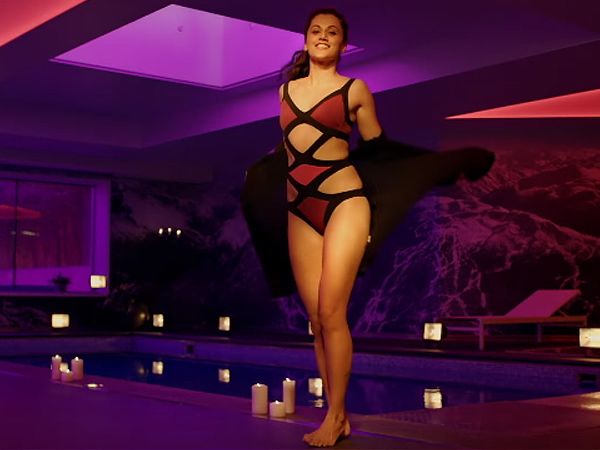 Also, we didn’t get to see Taapsee Pannu in the song, ‘Chalti Hai Kya 9 Se 12’ that much, but in the teaser of ‘Oonchi Hai Building 2.0’ she is looking drop-dead-gorgeous & she is sizzling in her bikini. The song has a modern touch to it and the release of the song is on 7th September 2017.

Watch the teaser of song here!