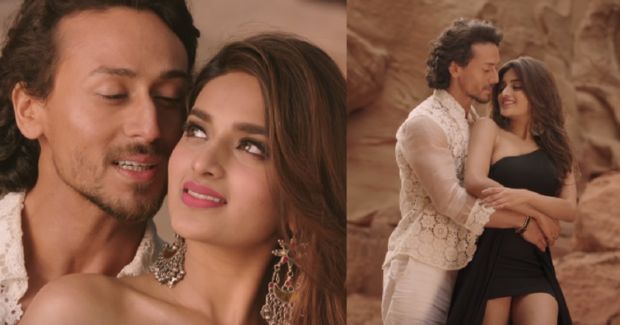 The song is shot in some scenic exotic locales in Egypt and Jordan, and we see a shirtless Tiger Shroff romancing and dancing with gorgeous Nidhhi Agerwal in the desert landscape.

The song is composed by Vishal Mishra and lyrics are by Kumaar. It is crooned by the composer himself along with Sunidhi Chauhan.

Munna Michael revolves around Tiger playing Munna, a young man from streets, who idolizes the pop sensation, Michael Jackson. The story follows his journey as he enters a national dance competition and ends up finding out evil secrets of its functioning. Also, Nawaz plays a gangster in the film, who is keen to learn dance and Tiger then turn teacher for him.

Directed by Sabbir Khan, the film is slated to hit the screens on the 21st of July, 2017.