Varun Dhawan starrer ‘Judwaa 2’ second song ‘Suno Ganpati Bappa Morya’ is released today and needless to say, it is the Ganpati Song of the year! 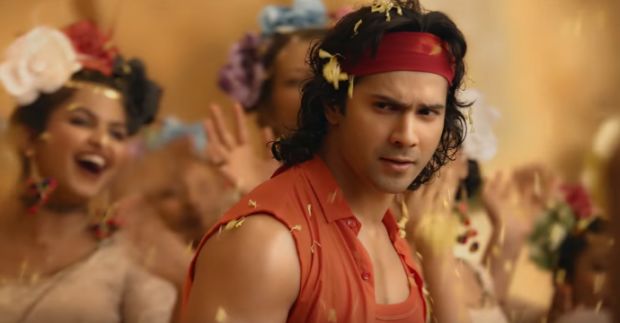 In the ganpati song, Varun Dhawan aka Raja is seen showing off his incredibly mastiful and energetic dance moves. The actor is seen swaying and moving in ways that it’s almost impossible to take our eyes off him in the video.

The song is crooned by Amit Mishra and the music director of the song is none another than musical brother duo Sajid-Wajid.

The film is a remake of 1997’s hit film ‘Judwaa’ starring Salman Khan. The action comedy film directed David Dhawan, starring Salman Khan in a double role opposite Karisma Kapoor and Rambha. Released on 7 February 1997, the film was a blockbuster at the box office.

Judwaa 2’ celebrates the hilarious story of two twin brothers, who after getting separated at birth and despite all odds, come together to make the day.

Directed by David Dhawan, the film is scheduled to release this 29th September.