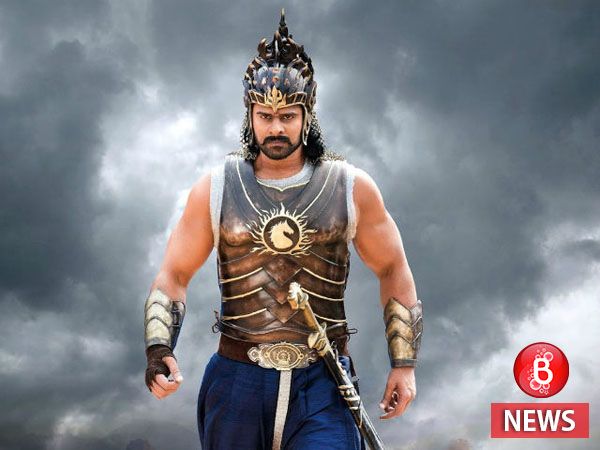 ‘Baahubali 2 – The Conclusion’ has turned out to be the huge blockbuster hit in the history of Indian cinema. The movie has shattered all the previous records at the box office. And now, ‘Baahubali’ and ‘Baahubali 2’ are all set to make a benchmark at Cannes Film Festival this year.

The official Twitter handle of the movie tweeted, “#Baahubali – The Beginning and #Baahubali2 – The Conclusion to be screened at #Cannes70.. If you are there, you know where to be!!” 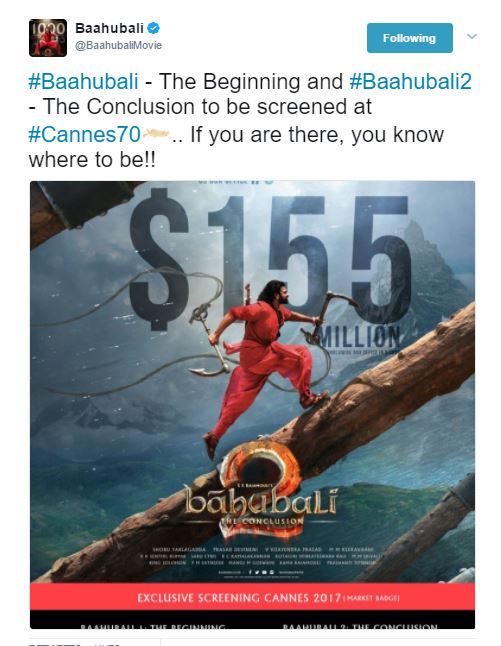 Reportedly, the first instalment of the film was screened at the Marche du Film (Film Market) section at the iconic film festival yesterday. And the second instalment will be screened at the same place today. We are sure that ‘Baahubali’ will make people go insane in the French Riviera too. (Also Read: ‘Baahubali 2’ (Hindi) registers the highest fourth Friday business of all time)