Tollywood’s most popular actor Nagarjuna’s son Naga Chaitanya who gets engaged to his longtime girlfriend Samantha Ruth Prabhu in a heavenly ceremony is ready to tie the wedding nuptial knot in October this year. 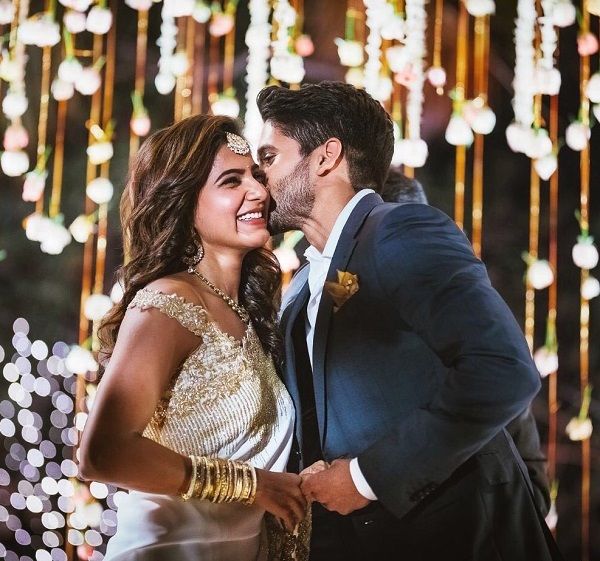 This great news has been confirmed by the groom himself in a media interaction, states a report on Telugu cinema. “We will announce the full details once everything is finalised. But the marriage will take place in October as per our traditions and her family traditions.” said the actor.

Naga Chaitanya and Samantha Ruth Prabhu have been in courtship since 2015. The duo first met on the sets of Gautham Vasudev Menon’s Telugu romantic-drama Ye Maaya Chesave, and went on to work together in films such as Autonagar Surya and Manam.

On the professional front, Naga Chaitanya is all set for the release of ‘Rarandoi Veduka Chuddam’. Actress Rakul Preet Singh will be sharing screen space with him in this family entertainer.

Meanwhile, Samantha Ruth Prabhu will be seen in ‘Raja Gari Gadhi 2’ opposite her to-be father-in-law and we just can’t wait to see them in one frame!