Much Awaited Movie “Sachin : A Billion Dreams” Trailer To Launch On 13th April

The documentary on India’s biggest cricketing icon, Master Blaster sachin Tendulkar, “Sachin : A Billion Dreams” movie trailer has been revealed. The film trailer will be launched on 13th April,2017, as circulated by a poster retweeted by the ace cricketer on the micro – blogging platform. 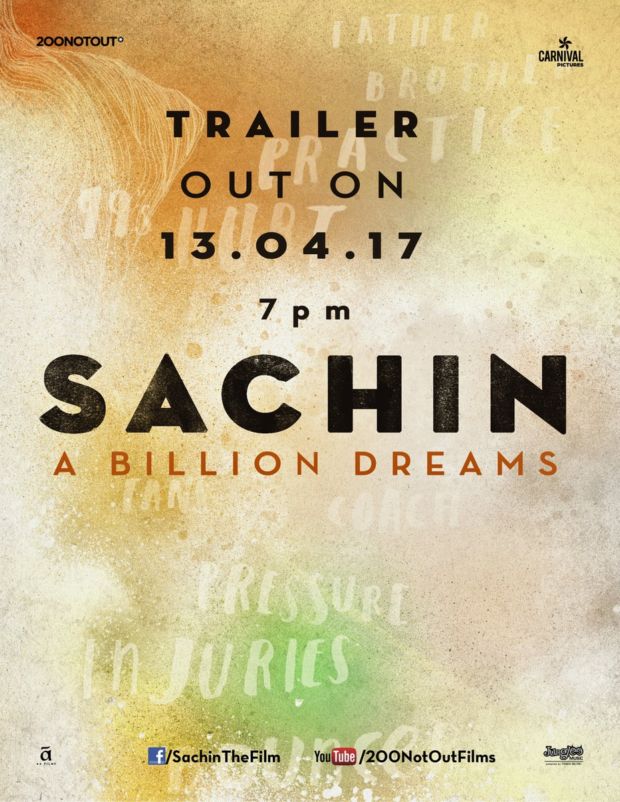 His Journey, from him playing cricket since childhood to represent his country in the sports, has been another point of discussion amongst all his fans across the world!

The film is written and directed by james Erskine. The movie is scheduled to hit the cineplexes on 26th May later this year. The makers of the film are all eager to launch the trailer of the movie to the fans and public on 13th April.

The film will presents the dreams of a young curly-haired Sachin whose upringing took place in a middle-class family but whose eyes were always full of dreams.

The trailer of the movie has already been put out that Sachin himself narrating the story, which definitely leaves one with much desire to must watch the entire film. the film appears to be a delightful package for all the Sachin Tendulkar fans, who can’t wait to watch the film.

The music of the film is being given by sensational A.R. Rahman.