King Khan Will Romance Again With Anushka Sharma And Katrina Kaif In Anand Rai’s Next Film!

Bollywood superstar Shah Rukh Khan has started shooting for Anand L Rai’s film. He will play the role of dwarf man in the film. Well, the hunt for the lead actresses for this untitled project went on for a long period of time. 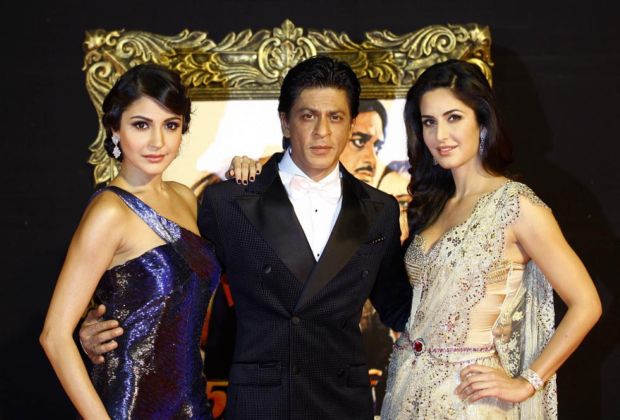 Katrina Kaif was the first choice as one of the leads. Then names like Deepika Padukone, Alia Bhatt, and sometimes even Kangana Ranaut made the rounds. But the latest news is that Anushka Sharma has been finalised as cast in the movie.

According to recent reports, Anushka Sharma will be seen playing a mentally challenged girl. The three had earlier starred together in Yash Chopra’s hit movie ‘Jab Tak Hai Jaan’.

“After Deepika Padukone and Alia Bhatt were unable to commit to the film, Aanand approached Anushka. The actress found the role challenging and agreed to do it. She also shares a great gelling with SRK and Katrina, and decided to come on board. It’s an exciting film for all the three actors,” DNA quoted a source as saying.

Anushka, who debuted with SRK in the movie Rab Ne Banadi Jodi, will be seen together for the fourth time in the Aanand Rai film.

The film is scheduled for a Christmas 2018 release.