Indian Censor Board Has An Objection Over Priyanka Chopra’s Bikini Scenes In ‘Baywatch’!

Bollywood actress Priyanka Chopra is geared up to make her Hollywood debut with the film ‘Baywatch’. The actress is recently busy in the promotions of her film. But CBFC is worried about showcasing it in India. 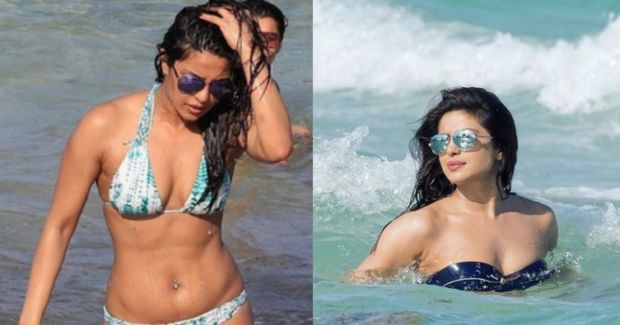 A source from CBFC told DNA, “It is a duvidha, a dharm sankat that beats all recent dilemmas. How do we grade the bikini festival in ‘Baywatch’? Guidelines clearly indicate that unnecessary nudity must be curbed. A lot of the Baywatch fans are under-age kids. In our films a big deal is made of bikini shots. Blame the producers for making the bikini look like a phenomenal happening.”

“We can’t restrain nudity when it is projected on the beach side. We would object if girls in bikinis were shown in a discotheque or in a dining room. But how do we curtail the skin exposure when the entire film is by the beach side?” added the source.

Directed by Seth Gordon, Baywatch is based on the 1989 TV series of the same name. The film also stars Dwayne Johnson and Zac Efron.

The movie “Baywatch” will release on May 25 worldwide and June 2 in India.