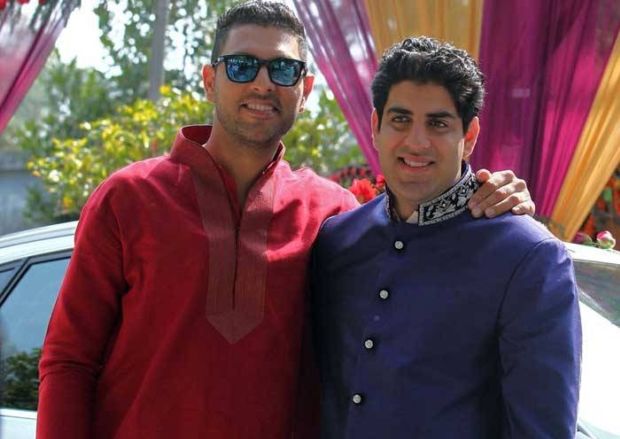 According to latest reports, he is fully geared up to launch his brother Zorawar in Bollywood. The 35-year-old cricketer along with his mother has held multiple meetings with the film producers regarding his sibling’s acting debut.

Last year, Zorawar found himself stuck in the controversy after his estranged wife, Akanksha Sharma, filed domestic abuse charges against the Singhs on an episode of ‘Bigg Boss 10’.

Counter allegations followed and the matter hit headlines until eventually fading out. According to Akanksha, Zorawar “does nothing” for a living.

Yuvraj is ready to invest huge amount of money for his brother and a series of meetings have been held, Mid-Day reported. The search is on for the female lead and other cast members. An official announcement will be made as soon as the casting is over.