An India vs Pakistan cricket match is always enthrailling. For one, they are arch-rivals. Second, both the teams come from cricket-crazy nations. On Sunday, women teams of both the countries will lock horns in their third World Cup fixture taking place in England. Left-arm spinner Ekta Bisht came to the fore with a stellar show as India crushed arch-rivals Pakistan by 95 runs in a low-scoring encounter to record their third successive victory in the ICC Women’s World Cup on Sunday. 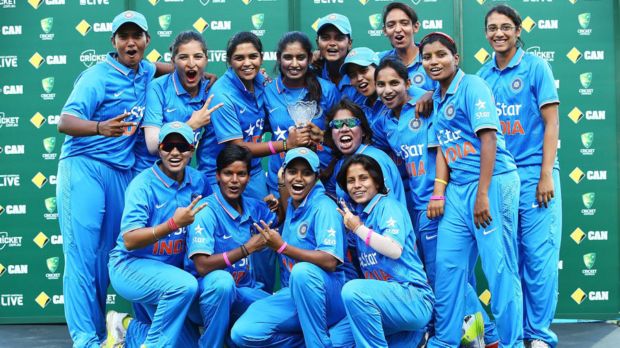 While in India the match didn’t seem as big a deal as it was two weeks ago when Team India played against Pakistan but unfortunately lost the match, the women’s team to gathered support from the B-Town celebrities and came through with a big win.

Richa Chadha was among the few celebs who voiced her strong and honest opinion on social media saying we need to pay more attention to the women’s cricket team. “Two Sundays ago, India played against Pakistan for the champions trophy and we lost. The roads were empty, shops were shut, it looked like a national holiday but it was just the finals. I want to ask people something – do you even know the Women’s World Cup is happening right now? And Indian women’s team will be playing tomorrow (Sunday),” said Richa.

Following the win, Richa congratulated the Indian team for their achievement and making the nation proud once again. She happily wrote, “And India won 🇮🇳 !!! #WomensWorldCup2017 woo hoo!”

Congrats Indian Women Cricket Team for such a great achievement!!