After conquering this year’s Cannes film festival and MAXIM Hot 100 list, Deepika Padukone has again made everyone mesmerized with her oomph factor on the cover of MAXIM magazine.

The magazine’s Twitter handle posted the cover of their latest edition with Deepika looking seductive in a white dress.

They captioned the pic as , “Reigning queen @deepikapadukone is the hottest woman of the year! #MaximHot100 #DPForMaxim #DeepikaPadukone #Maxim #MaximIndia.” 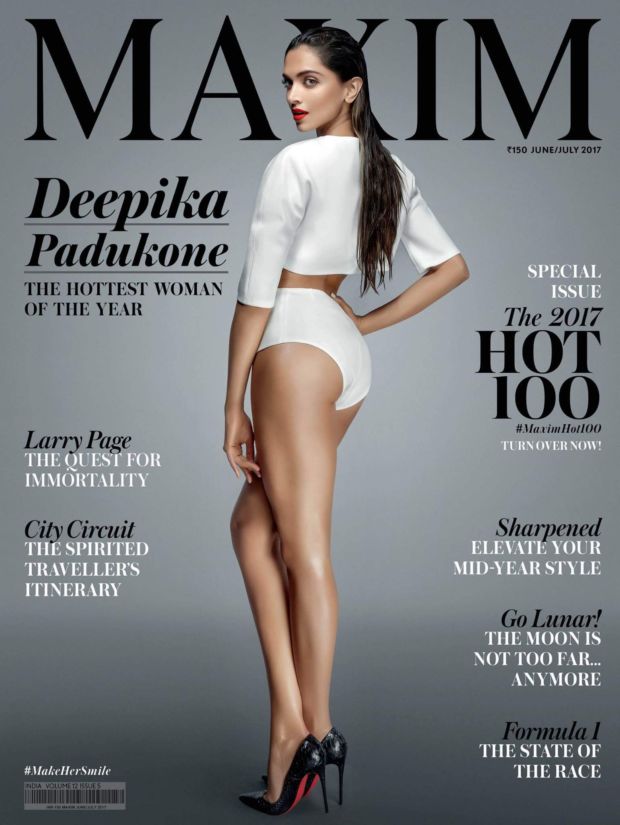 In the photo, the ‘Bajirao Mastani’ star is seen donning a white jacket and a high waist briefs and her look was complemented with a pair of classic black Louboutin stilettos.
Aalso Read : The Breathtaking Looks Of Deepika Padukone In The Cannes 2017!

She secured 10th rank on the overall list while Priyanka Chopra, star of American show ‘Quantico’ and latest film ‘Baywatch,’ also featured on the 34th spot.