Priyanka Chopra hollywood debut ‘Baywatch’ recieved green signal by the Central Board of Film Certification (CBFC) with an ‘A’ rating on Friday. The action-comedy co-starring Dwayne Johnson and Zac Efron has been recommended five cuts – one visual and four verbal, according to a report. 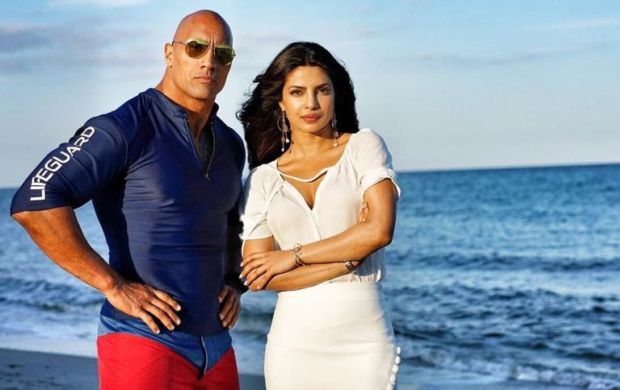 The report has quoted the censor board chief Pahlaj Nihalani as saying “There was no rationale to cut the bikini images. For one, the series ran on satellite television in India for years and contained lengthy shots of women in bikini’s. Secondly, Indian filmmakers really need to stop making such a big issue about bikini’s. Go to Goa or Mauritius. The beaches are flooded with women in bikini’s. What is the big deal about such shots?”

What the Censor Board had to cut down was the sluggish language. Says Nihalani, “Baywatch is packed with expletive words and filthy language. We deleted portions where we thought the smutty language was unnecessary. But we’ve allowed the bad language in several dialogues because we felt cutting them took away from the flavour and intention of the words. I’d like to stress that we’ve given an ‘A’ certificate, not just for the bikinis, but for the strong language as well.”

Priyanka Chopra plays the villain Victoria Leeds in the film, who remonstrances the team of lifeguard led by Dwayne Johnson.

Directed by Seth Gordon, the film is all slated to hit the cineplexes on June 2 in India.