Priyanka Chopra just hitting the sky with her Hollywood release ‘Baywatch’ and is busy promoting the film in Miami. She has been seen in the limelight for a while now and we wouldn’t like it otherwise.

On Mother’s Day, she spent the day with her girls gang on a beach in the Miami in a green-and-white bikini and the pictures are now rocking the internet. Given that the photos come a day after we saw her in a blue swimsuit with Baywatch co-star Adriana Lima.

Check out the pics here- 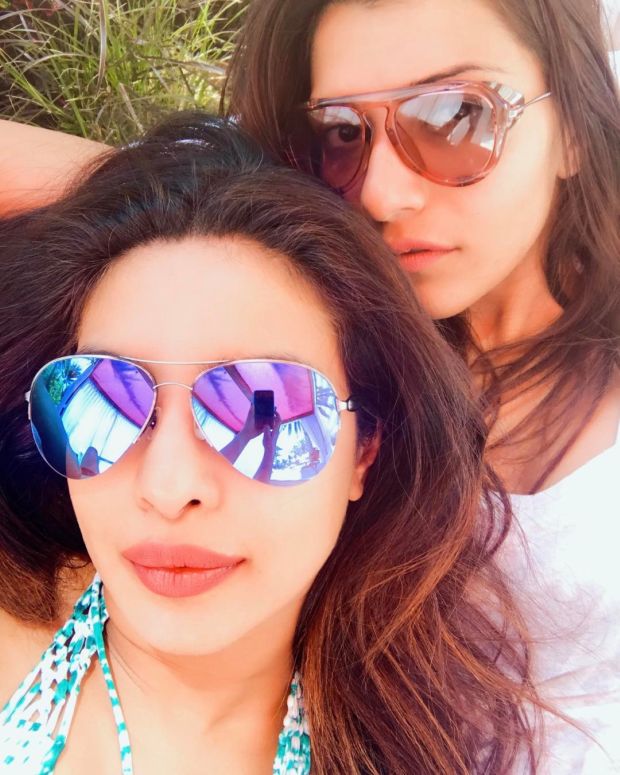 Even on Sunday, Priyanka was surrounded by her gal pals. While she was dressed in the patterned bikini, Priyanka looks graceful to cover up in a brown kaftan.