Lovey-Dovey Anushka Sharma And Virat Kohli Spotted Together At Mumbai airport, Going For A Vacation

Actress Anushka Sharma and cricketer Virat Kohli have been in the news for their affair for quite some time now. The couple has neither accepted nor denied their relationship rumours. After celebrating the actress’ 29th birthday, Virat and Anushka have been spotted together at the Mumbai airport leaving for an unknown destination. 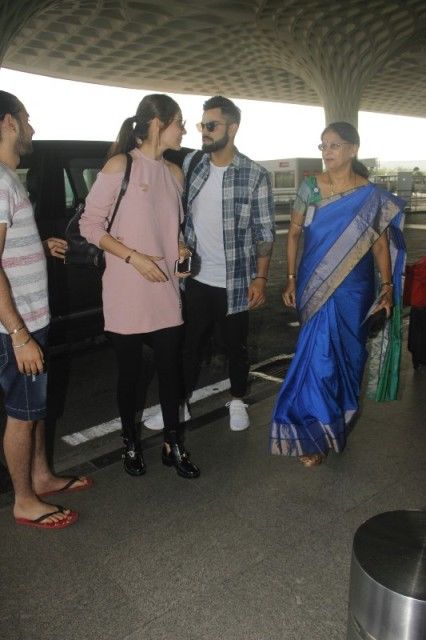 In the picture, Anushka was seen wearing a cute baby pink tunic while Virat chose a casual chequered shirt teamed over White T-shirt. And the couple looked complete together. 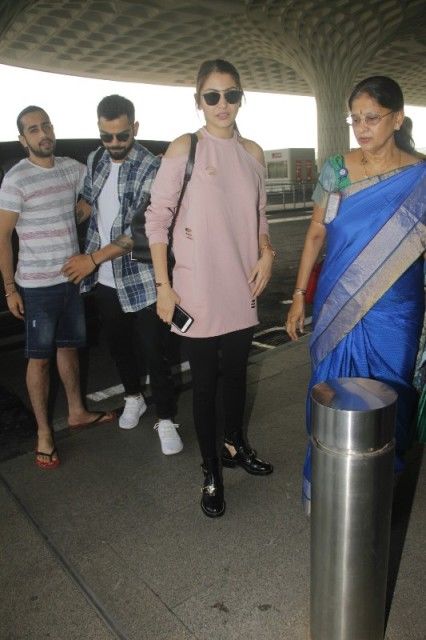 It is being guesstimated that the two headed for a romantic vacation for Anushka’s birthday celebration.