One of the famous star kid Taimur Ali Khan turns seven months old today. A few days ago, reports suggested that Kareena has already begun planning Taimur’s first grand birthday, and is toying with the idea of having a lavish Peppa Pig-themed party for the prince toddler. 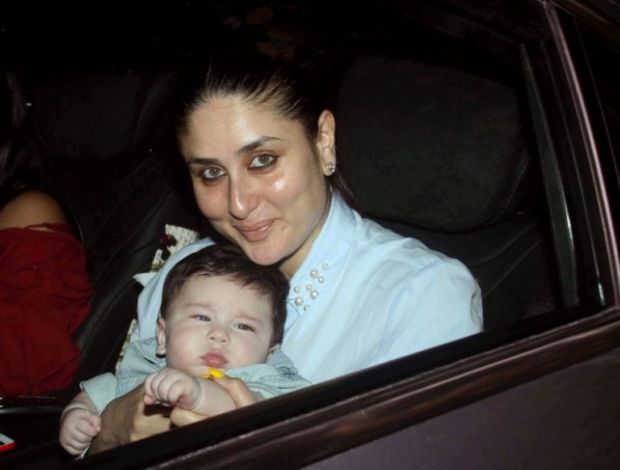 Karisma Kapoor, sister of Kareena and maasi of Taimur posted a nice picture of Taimur’s seventh month birthday cake on her Instagram story.

“Our baby turns 7 months,” she happily wrote on the picture of the chocolate cake, which had “Happy 7th month birthday Taimur” written in white icing. 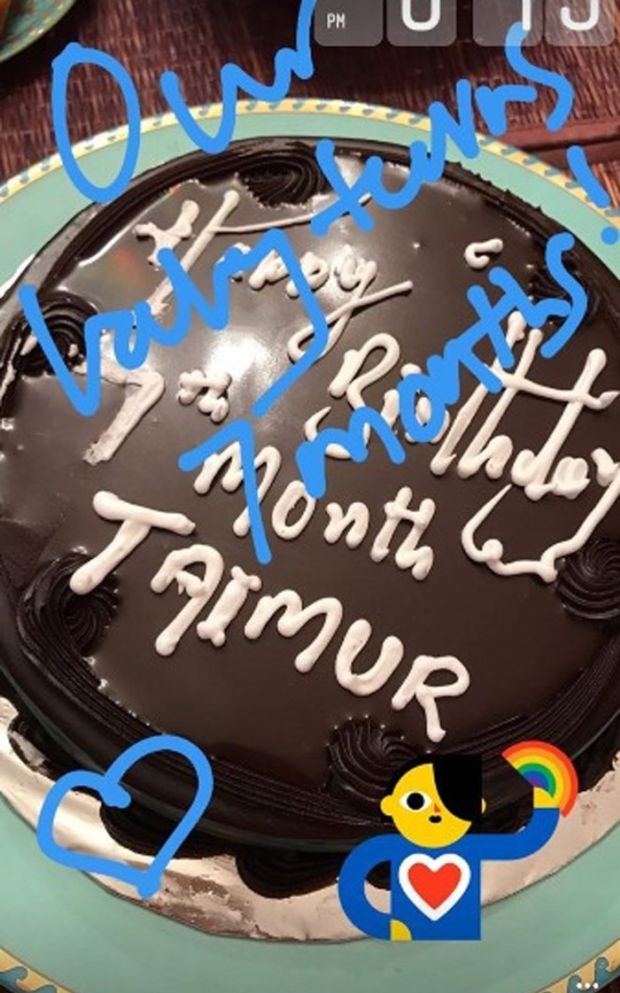 This is Kareena and Saif’s first baby together. Prince Taimur is surely the cutest kid in B-town and we can’t get enough of him. He was born on 20th December, 2017.

On the professional front, Kareena is set to start shooting for Veere Di Wedding, which marks her comeback post pregnancy. The film, which also stars Sonam Kapoor and Swara Bhaskar, will go on floors in August.