It is not a new thing to hear that two actors are in love with each other. While working on movies and other projects together the co-stars get to spend a lot of time together on shoots and away from home. This plays a vital role for them to get to know and understand each other well personally and it doesn’t come as a surprise when they suddenly declare that they have been struck by cupid’s arrow and are in love. Their well-wishers and fans adore them much wanting them to become a real-life couple soon. But, very few of these reel life couples take their relationship a step forward and surprise the public with the news of them getting hitched.Here we list top ten on-screen couples who got bind for a lifetime, taking their relationship from reel to real. 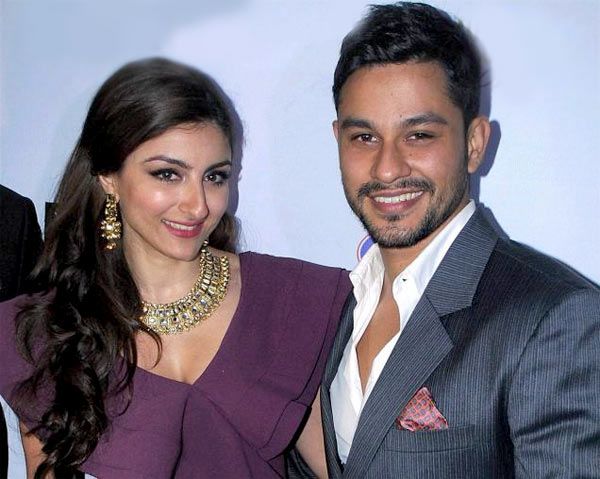 Soha Ali Khan hails from the royal Pataudi family and has deep roots in Hindi cinema. Sharmila Tagore, mother, Saif Ali Khan, brother, Kareena Kapoor Khan, sister-in-law are prominent actors of Hindi cinema. Kunal Khemu, a fun- loving, simple guy from Srinagar who is the son of Ravi Khemu and Jyoti Khemu also tried to make a mark in Bollywood. When these actors came together for the film ‘Dhoondte Reh Jaaoge’ for the very first time in the year 2008 they didn’t even think of becoming friends, let alone dating or marrying each other. But, as we say destiny always have something else in the store and within no time Soha and Kunal fell for each other and the entire film fraternity was aware of the new romance that was brewing. Soon this couple moved in together for a live-in relationship and left no room for media to make any mountains out of mole-hill.

Kunal popped the question first to Soha in Paris, the city of romance in the year 2014 to which Soha said a yes promptly without wasting a single moment. Excited Soha shared this great news with the world through Twitter and her tweet read, “It gives me great happiness to share with you all that Kunal proposed to me in Paris with the most perfect ring in the world and I said yes.”

They finally became one on January 25, 2015. The nuptials took place in Mumbai at their residence in Khar. It was a private affair with only family members, a registrar, and close friends. Even though the couple wanted to keep their wedding away from media attention it still attracted a lot of it because Kunal was becoming a part of the family of Nawabs.

They welcomed their first baby, a beautiful girl on 29 September 2017 and named her Innaya Naumi Kemmu.