Every wedding that we see on the big screen already looks glittering, but there also exist Bollywood celebs who had a lavish wedding in real. Making their Wedding Day a memorable one with all the luxuries possible and a team of expert people to capture every bit of it, these Bollywood stars leave no stone unturned. And who wouldn’t, if they’re this famous and earn a umpteen amount of money from their films? 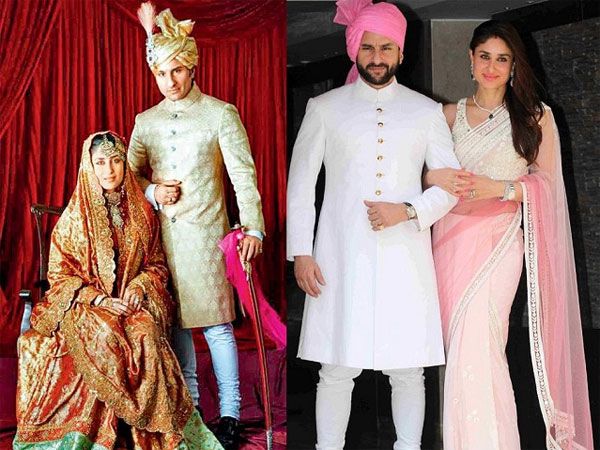 Super Star Kareena Kapoor’s wedding with Pataudi Nawab Saif Ali Khan was quite a silent affair, but still, the couple managed to spend a huge amount on their wedding. Kareena Kapoor exclusively preferred to wore her mother-in-law Sharmila Tagore’s wedding outfit, but it was ree-embellished and modified by celebrity designer Manish Malhotra. The wedding reception took place in five star hotel while the invitation card had customized Pataudi emblem embossed on it. Reports suggest that Sharmila Tagore had personally invited the President of India, Pranab Mukherjee to dignify the wedding with his presence Their wedding seems to have reached the mark of approximately 10 crore expenditure.