On the occasion Sachin Tendulkar’s birthday, the makers of ‘Sachin: A Billion Dreams’ released the first song of his biopic titled Hind Mere Jind. 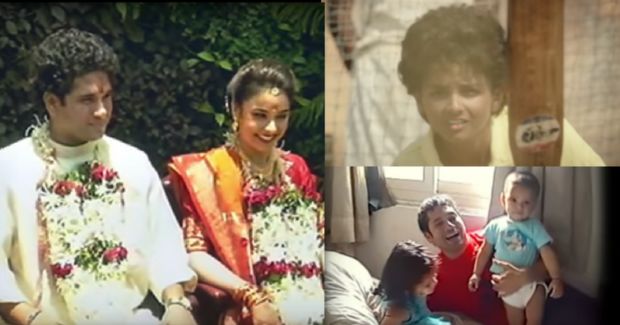 This amazing song is composed and sung by Oscar winner, AR Rahman and features Sachin Tendulkar and the glimpse of his younger days playing cricket. The song and the video beautifully potrays Sachin’s journey- from an young boy getting introduced to cricket to eventually becoming the superstar of the game.

The song from the biopic film, that features Mayuresh Pem, Sachin Tendulkar and Mahendra Singh Dhoni, kicks off with a 10-year-old Sachin watching Kapil Dev lift the World Cup. It amalgamates with him lifting the World Cup before his retirement from the game.

The Master Blaster Sachin Tendulkar is still considered as one of the greatest cricket legends of all times. Every frame of the newly released song tells an inspiring story, every content piece from his upcoming film has been increasing applauds among audiences.

The film is produced by Ravi Bhagchandka of 200NotOut and Shrikant Bhasi of Carnival Motion Pictures. The film is directed by Emmy nominated director, James Erskine.