The makers of Kangana Ranaut starrer ‘Simran’ unvieled the first song ‘Lagdi Hai Thaai’ from the film. The song is super lively and playful wedding number. 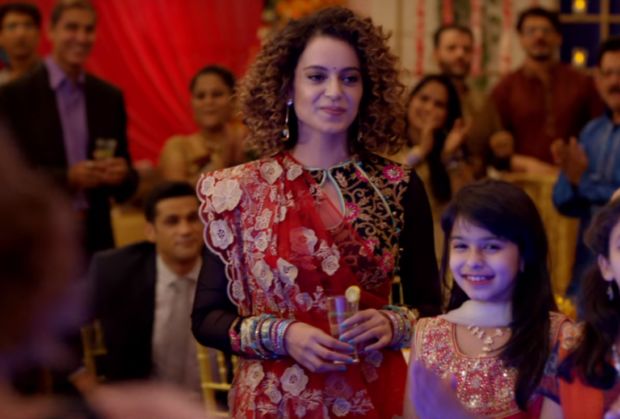 The song is quite cheerful with the gujju vibes and Kangana is seen giving some superb thumkas. The song will give you some London Thumakda feels too.

It is composed by Sachin-Jigar and written by Vayu. Lagti Hai Thaai is crooned by Guru Randhawa & Jonita Gandhi.

Kangana Ranaut plays a kleptomaniac and a gambler who lives life to the fullest. Her epic character is a divorcee but nothing stops her from flirting with guys as she proudly says that wooing a man is “not a character flaw, but an art.” She has a poetic side too.

Also Read : Watch The Story Of A Kleptomaniac In The Trailer Of Kangana Ranaut Starrer “Simran”