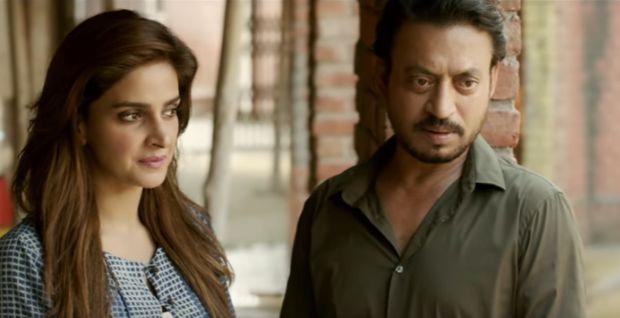 The song has been sung by Taniskaa Sanghvi, composed by Sachin-Jigar with lyrics penned by Kumaar.

Hindi Medium is a satirical take on India’s obsession with knowing and speaking in English. In the film, the lead characters are a middle-class couple agonising to ensure that their daughter gets the perfect education. In their attempts to find the best school, the couple tried to adopt to things like undergoing a makeover, and later, even pretending to be poor in order to get into a school through quota.

The film is directed by Saket Chaudhary and its producers are Bhushan Kumar, Krishan Kumar and Dinesh Vijan. Hindi Medium is Saba Qamar’s debut film. The film is scheduled to hit cineplexes on 12 May, 2017.