Rajkummar Rao and Shruti Haasan starrer ‘Behen Hogi Teri’ has recreated the famous song ‘Jaanu Meri Jaan’ from 80’s film ‘Shaan’. The makers have given a nostalgic twist to this RD Burman’s melody of 1980’s. 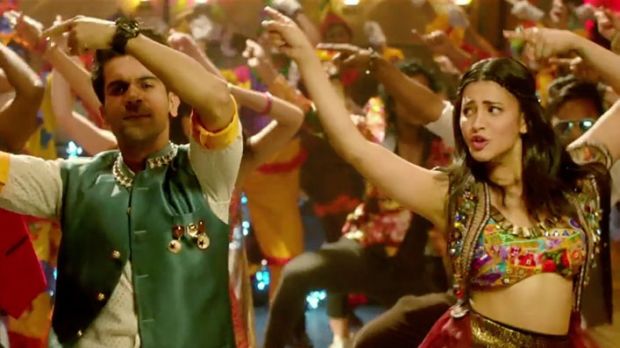 This new version is created by Rishi Rich, Juggy D and Raftaar.

In this latest video out, you will see Rajkummar Rao and Shruti Haasan jolting legs with each other madly.

Rishi said: “I had a lot of fun working on ‘Behen Hogi Teri’. It was quite a challenge to refix ‘Jaanu meri jaan’ because it is a classic all time favourite track and to make the song pretty different, we bring in that UK-American-Indian fusion flavour was a great experience. And Juggy, Raftaar and Shivangi are singing the track so we had a joy time.”

Juggy D also said that he feels “honoured to be a part of this huge song which was originally created by the legends of Hindi music, Kishore ji, Rafi ji, Usha ji and Asha ji”.