Film Star Sonakshi Sinha is well prepared for her upcoming movie ‘Noor’. The makers of the movie launched a new song from the movie titled “Jise Kehte Pyaar Hai”. 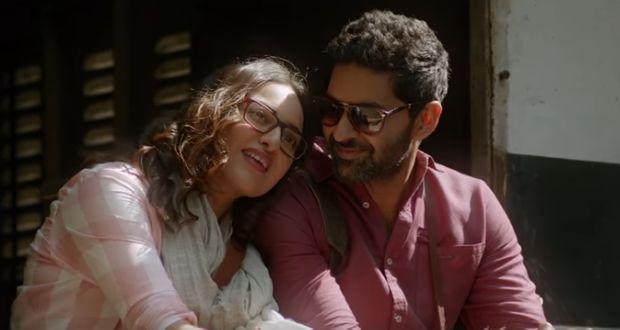 The song portrays the sweet love story of the girl. The song shows some cute cuddling moments between Noor (Sonakshi Sinha) and Ayan(Purab Kohli). Purab Kohli is playing the character of a photojournalist in the film.

The melodious song has been sung by Sukriti Kakar. The lyrics has been given by Kumaar and is composed by music composer Amaal Malik.

The movie is based on Pakistani Author Saba Imitiaz’s novel ‘Karachi, You ‘re Killing Me!’ and follows a Pakistani Journalist-Writer Noor’s misadventures and love life as she moves her way through Mumbai.

Directed by Sunhil Sippy, the movie is scheduled for a worldwide release on 21th April 2017.

Watch Out the Song Below –