The granddaughter of Amitabh Bachchan, Navya Naveli Nanda is a star in her own way. Be it with her exotic vacation pics or her sizzling party pictures, this stylish youngster always aces the social media. 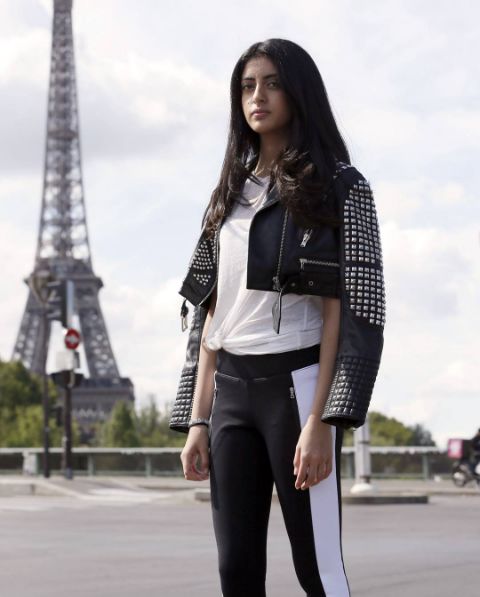 She might not have entered into the film industry yet, but Shweta Bachchan Nanda’s daughter Navya, has already established herself as a Gen Next fashionista.

Like almost every teenager, Navya loves to party with her friends. Recently, she took to Instagram to post a video of her dancing and she indeed is looking smoking hot and has raised the temperature on the social media. She is seen in stunning black crop top and black tights. She has kept her hair open.

The young girl already has a massive fan following on social media already, even before she has stepped into the glamour world.

With all the attention surrounding her, rumours were raised that Navya might join Bollywood soon. However, mommy Shweta Bachchan Nanda had gave a green signal by saying that she would be worried if her daughter plans to be an actor.