One of this season’s most anticipated Netflix original series ‘House of Cards’ will finally have its fifth season released this month, and fans couldn’t be happier and Netflix have taken a different route to promote it.

They now have stand up comedian Biswa Kalyan Rath and babuji Alok Nath explaining what House of Cards is. Biswa plays Alok Nath’s son, who’s trying to interpret the show to Alok Nath, who quickly draws parallels to his life.

This video has Alok Nath (Sharmaji) in a never-seen-before avatar where he is enjoying his drink and discussing ‘House of Cards’ with his son. 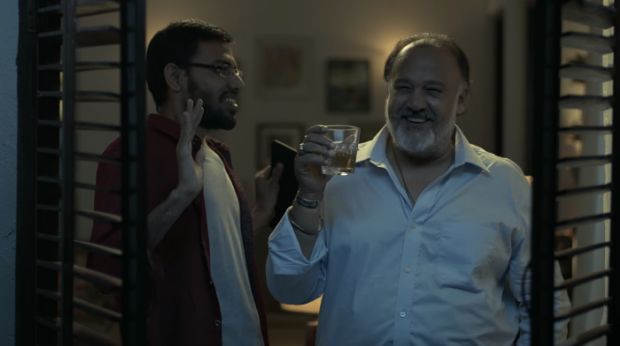 As the conversation progresses, Alok Nath a.k.a. Sharmaji starts relating to Frank Underwood’s character. Frank’s way of dealing things inspires Sharmaji and what follows later is a funny correlation of the character’s life to that of Sharmaji’s. This inspiration worries Biswa a bit and he tries to divert his Dad’s attention.