We last heard ‘Meer-E-Kaarwan’ from ‘Lucknow Central‘ and now we have a new song titled ‘Rangdaari’ from the same. Farhaan Akhtar is seen singing this song in the movie, while it also depicts how he really wants to see Diana Penty smiling. But since Diana’s role in the movie is that of a strong-headed, stubborn girl, she doesn’t smile that often. But with time, she starts smiling and the two share a beautiful chemistry throughout. This entire scene keeps takes place in the prison area itself. 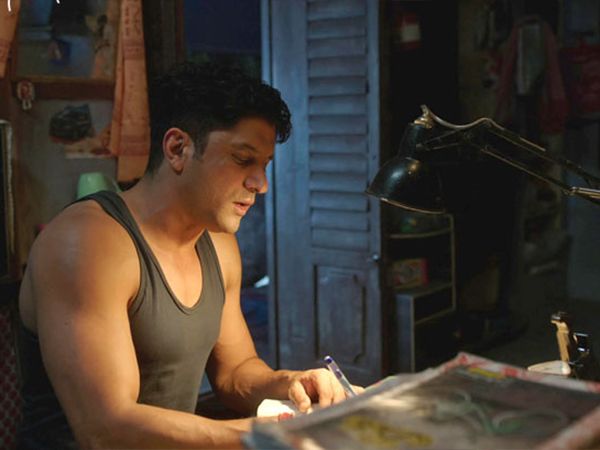 Crooned by Arijit Singh and written by Kumaar, this one is a beautiful soft track to listen to. The music has been perfectly given by Arjunna Harjaie.

‘Lucknow Central’ is the story of an inmate who is wrongfully put behind bars and is forced to opt for the unlawful path to get his much-deserved freedom. It features Farhan Akhtar, Ronit Roy, Deepak Dobriyal, Diana Penty, Gippy Grewal and Rajesh Sharma. It will be releasing on the 15th of September, 2017.