The fifth song Darasal from Sushant Singh Rajput and Kriti Sanon starrer Raabta is out. The song shows the bubbling chemistry between the lovey dovey Sushant and Kriti. 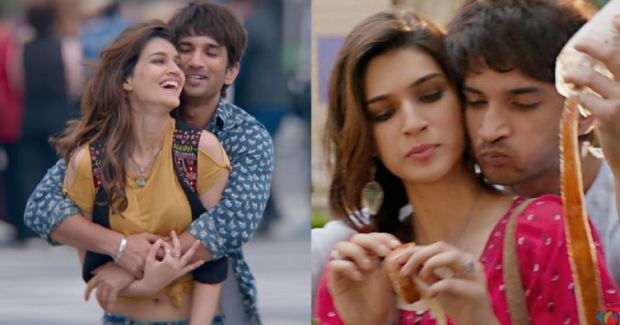 ‘Darasal’ is the song where the chemistry between the leads actually outbursts as they get intimate, pull pranks on each other, sing, dance and fell deeply in love, like they are rumoured to be in real life too.

This track has been penned by Amitabh Bhattacharya. It has been crooned by none other than Atif Aslam.

Starring Sushant Singh Rajput and Kriti Sanon in lead roles, Raabta is helmed by Dinesh Vijan. The film will be slated to hit cineplexes on June 9, 2017.

Also Read : 7 Reasons Why We Can’t Wait For Raabta To Hit Our Movie Screens