Aamir Khan Is All Set To Make A Comback On TV With Satyamev Jayate Season 4! 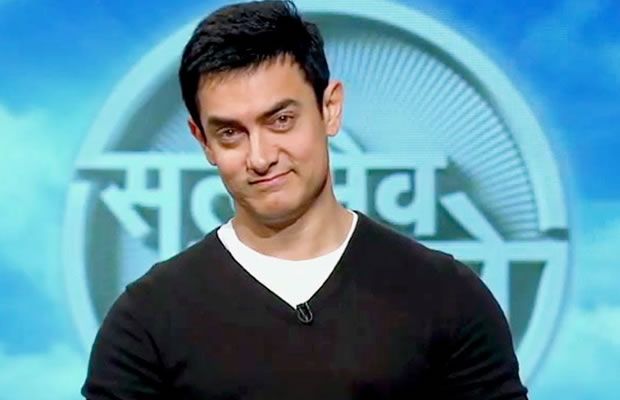 Now reports suggest that Aamir Khan will once again comeback with the fourth season of Satyamev Jayate.

A close source said “The show got rave reviews and garnered a lot of goodwill & applauses for Aamir and the channel. It’s a concept that the makers want to revive. It was always in the pipeline, but Aamir who works only on one project at a time was busy with his films. However, now talks are on for the show’s next season. Currently, the actor is shooting for Thugs Of Hindostan, but once he wraps it up, he is likely to focus on his show before starting his next film. The team has started doing the research for the topics that will be covered in the upcoming season.”

While nothing is finalized yet, Satyamev Jayate is likely to be telecasted anytime between January to March 2018. Right now, with Akshay and Shah Rukh’s shows coming up, there is no slot for Aamir’s show. Even the actor is busy with his film, so if all goes well it will be in the beginning of next year.” source added.

Last year, Aamir and his wife Kiran Rao launched the Satyamev Jayate Water Cup as part of the Paani Foundation in association with the Government of Maharashtra to work towards solving the epic water crisis in the state.