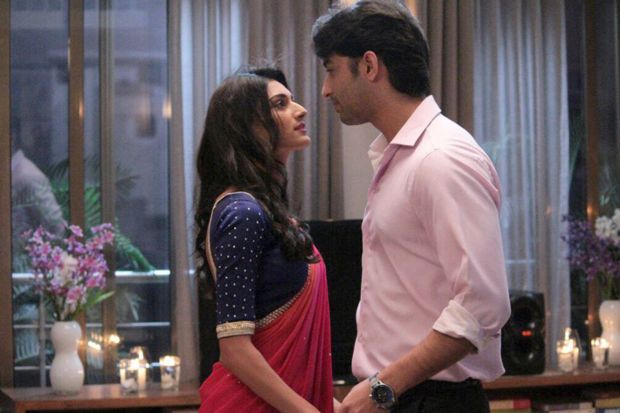 Recently their was a news that show’s leading man, Shaheer had asked the media to vacate the sets, when he was shooting a sensuous scene with co-star and on-off girlfriend Erica Fernandes.
And now according to the news of SpotboyE.com another instance of Shaheer’s petulance happen recently.

He was shooting for a scene on Malwani Sets last week. A leading channel was present on the sets and they had been invited by Sony, which telecasts the show, to the sets.

It was the report about Erica and Shaheer’s hot scene which had angered the actor and he told the baffled reporter, ‘You go out and then spread rumours. It will be better if I do not allow you to come to the sets.”

The production team then decided to agree with Shaheer’s demands and the media personnel were sent out of the sets, post which the shooting took place smoothly.