Almost a month has passed since his informal squabble with Kapil Sharma, but his fans are still contemplating whether Sunil Grover will be back on The Kapil Sharma Show. However, Sunil Grover has something else on his mind : he has joined hands with Bollywood Star Sunny Leone for a TV Show!! 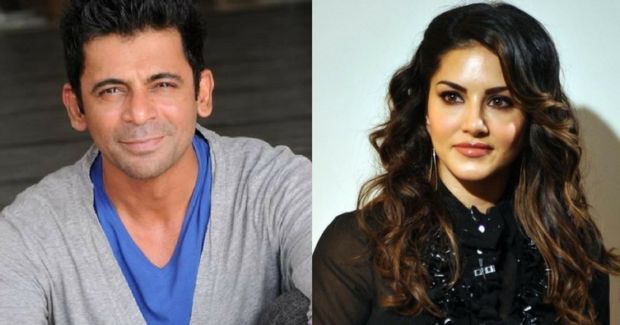 After making us almost breathless by laughing with his hilarious jokes in his special character as Dr. Mashoor Gulati, famous Comedian Sunil Grover will now be seen with Superstar Sunny Leone doing ”Cricket Commentary” on April 13.

Sunil recently tweeted and announced about his next project. He will join Sunny Leone for the live commentary of IPL matches from 13th April. He tweeted ” The favourite of them all, fans call her Baby Doll. Guess whho’s gonna join me for # MasalaCommentary on @UCNews_India”.

Isn’t this is a great news??

The IPL match on 13th April is betwwen Kolkata Knight Riders Vs Kings XI Punjab.
We will see him soon on small screen for IPL commentary but we are hoping that he will come with his own show on TV soon!!