Taapsee Pannu Poses On The Cover Of Maxim (Oct 2017) 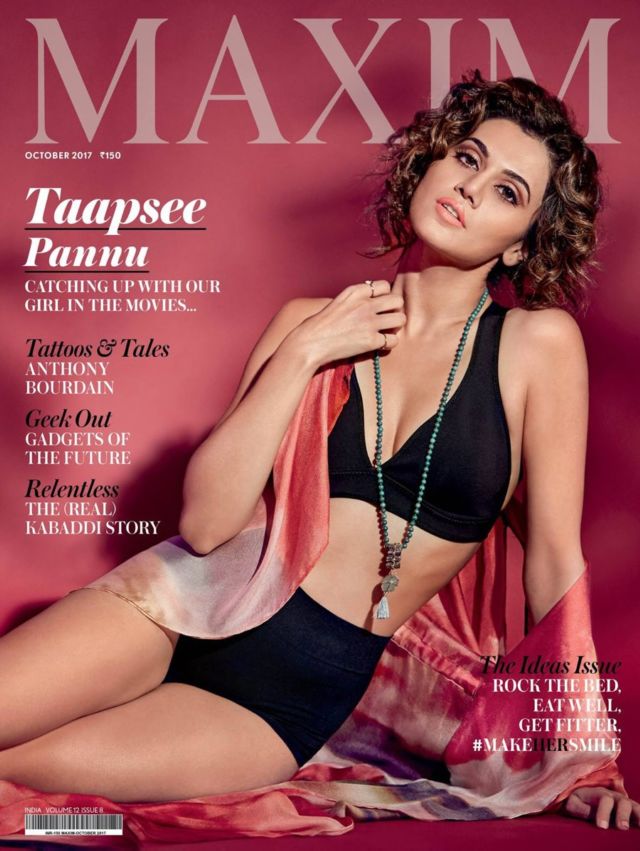 Of late, Taapsee Pannu is being considered for several campaigns related to women empowerment and why wouldn’t that be? The actress’ recent repertoire boasts of some powerful and successful women-oriented films like Pink and Naam Shabana.

Amidst them, the actress also balanced out her mainstream commercial career in Bollywood with a potboiler blockbuster like Judwaa 2. Now, Taapsee Pannu, the unconventional actress, has gone bold for Maxim cover and this time around, she features in something more interesting. Wearing a black two piece and a colourful cape, the actress oozes oomph in this photoshoot.