The makers of ‘Babumoshai Bandookbaaz‘ after releasing the sensous number ‘Barfani’ that was all about love and passion are out with a new one now. The new namkeen track ‘ Aye Saiyan’, is based on a popular folk song from Uttar Pradesh.

This number is a tongue and cheek song that showcases Bidita Bag teasing Nawazuddin Siddiqui and Jatin Goswami. It ends up as an icebreaker between the two men and forges a bond of deep friendship between them. 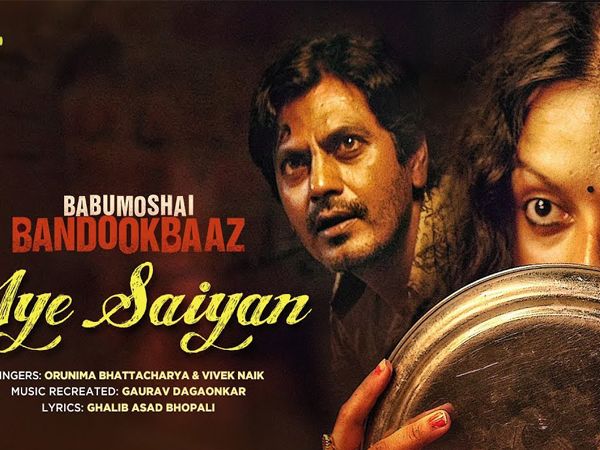 Directed by Kushan Nandy, ‘Babumoshai Bandookbaaz’ is scheduled to release on August 25, clashing with Sidharth Malhotra and Jacqueline Fernandez’ ‘A Gentleman’.