The third song ‘Daru Vich Pyaar’ from upcoming comedy film ‘Guest Iin London’ is out today. The song is a party dance number which will make you rock on the dance floor. 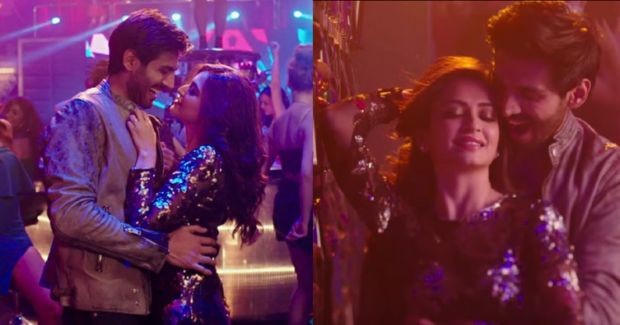 It has killer beats and Kartik and Kriti are killing it with their moves in the video of the song.

The song has been sung by Taz and composed by Raghav Sachar, with lyrics penned by T.S. Jarnail. The song is a revamp of an old song with the same title from Tum Bin.

Directed by Ashwni Dhir, this family entertainer storyline is based on the theme of uninvited guests. While Kartik Aaryan and Kriti Kharbanda play a young couple residing in London, their happy lives are presumably disturbed when an older couple Ganga Chacha played by Paresh Rawal and Guddi Chachi played by Tanvi Azmi land up at their doorstep uninvited.

The film is directed by Ashwni Dhir and produced by Kumar Mangat Pathak and Abhishek Pathak. It is scheduled to release on June 16, 2017.