Rajkummar Rao and Shruti Haasan starrer “Behen Hogi Teri” is in the headlines these days and while we were already amazed by the trailer, the makers have now released a romantic song from the film. 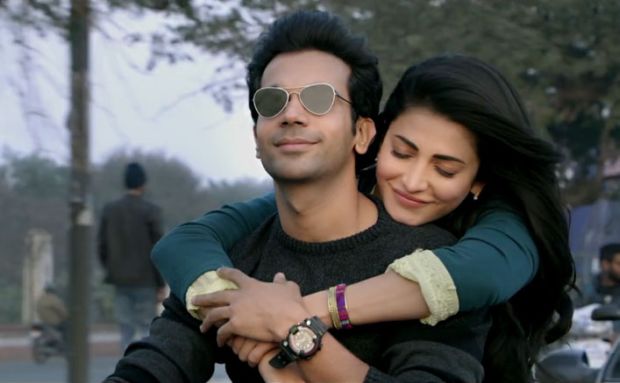 Sung by Arijit Singh, the song portrays a set of stages for Rajkummar Rao and Shruti’s love story in the film. The song has been composed by Kaushik, Aakash, Guddu (KAG) and the lyrics are penned by Bipin Das.

The mesmerizing visuals, along with Arijit‘s melodious voice, leaves you fascinated too. The song also makes you feel romantic-and fuzzy and you would want to hear it on a loop if you are madly in love with someone.