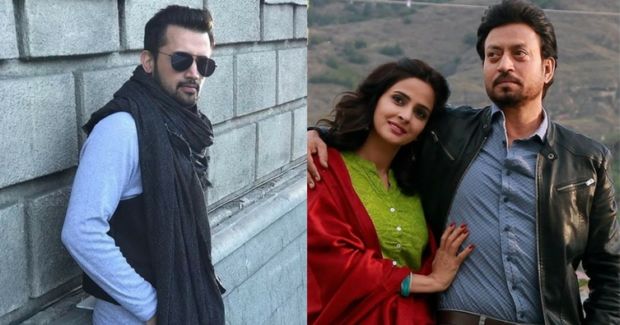 The song portrays the simple and cute love story of Irrfan and Saba.

This Sufi melody is sang by Atif Aslam and the lyrics are written by priya Saraiya. The music composed by duo Sachin-Jigar.

In movie “Hindi Medium”, Irrfan and Pakistani actress Saba Qamar play a young, middle-class couple struggling to get the perfect education for their daughter. And of course, getting a perfect education involves lots of effort, patience and ofcourse learning English too.

The couple struggles hard to get their little girl admitted in schools that charges as you are sending your child in luxury hotels, and in an attempt to secure admission at the perfect school, they go for a ‘makeover’ — but there is no admission in sight.

“Hindi Medium” is a satire on Indian education system and the struggle a middle-class family has to go through in order to keep upto mark with their society. The film has been directed by Saket Chaudhary, and its trailer received a fantastic response not only from the audience but also from Irrfan’s contemporaries.

Directed by Saket Chaudhary, the film will release on May 12.

Watch out the “Hoor” track here –