The makers of ‘Ranchi Diaries‘ starring Anupam Kher, Jimmy Shergill, Soundarya Sharma, Himansh Kohli and Taaha are out with a new song from the film titled ‘Fashion Queen’. The naughty number is a Chic Anthem with a punjabi twist featuring Soundarya Sharma who will stun you with her dance moves. 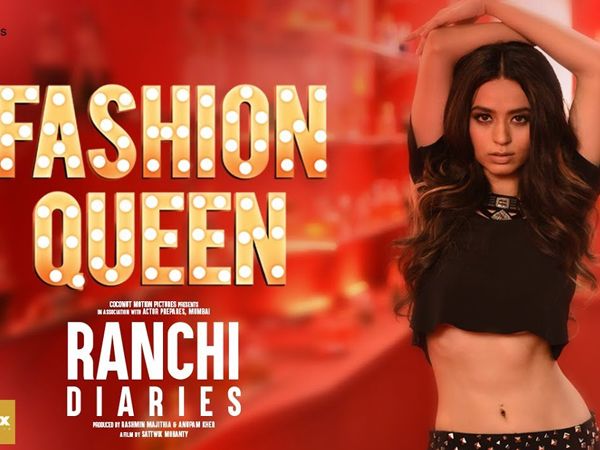 The song has been crooned by Raahi and composed by Nickk. The lyrics of the song have been penned by Nickk. Karan Johar released the song on social media and wrote, “Have a look at the first song from #RanchiDiaries…it’s called #fashionqueen congratulations @AnupamPkher”

Also See: Jhalak Dikhla Jaa” Contestant Scarlett Wilson Gets A New Tattoo Done On Her Ribs As A Tribute To Her Late Mother!