This might be the extreme Team Bank Chor has gone in order to promote their film. In an extremely hilarious video, Riteish Deshmukh interviews the US President and of course asks him to give his opinion about the film.

You MUST WATCH the video… 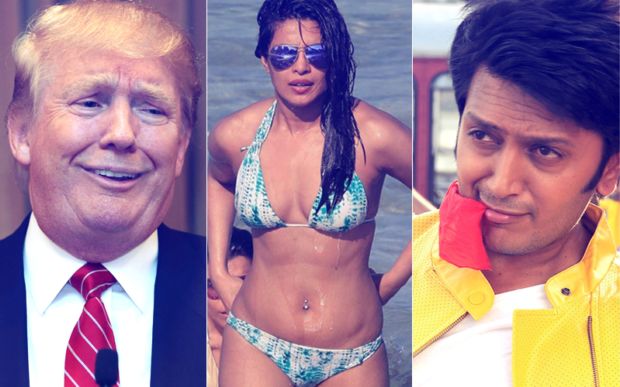 Riteish Deshmukh is going all out to keep his upcoming comedy film, Bank Chor in spotlight. He has been posting a lot of memes, and photoshoped posters of hit Hindi movies to promote his film.

But this time, Riteish has gone far ahead and shared a video where he is seen interviewing US President, Donald Trump (not for real though).

The zealot moment of the video is when Trump asks if Piggy Chops is a part of the film. Riteish Deshmukh replies saying that as they could not afford her, she is not a part of Bank Chor but Trump still goes on asking for her.

The video is a good amalgamation of Donald Trump’s various bytes from press conferences which have been candidly used as replies to Riteish’s weird questions.