The spunky bank robber in the Hansal Mehta film ‘Simran‘, looks exceptionally adorable and gorgeous at the same time in the new song release. We’re talking about Kangana Ranaut’s look in the new mesmerizing song ‘Meet’. This one is a beautiful ballad song which is crooned by Arijit Singh. The song beautifully depicts how Kangana playing Simran isn’t in a stable relationship. 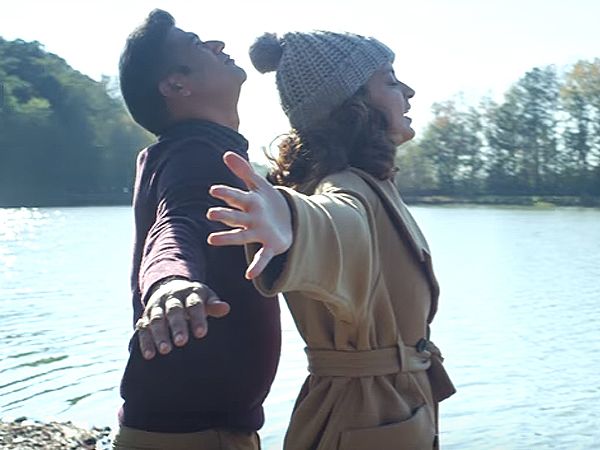 This simple yet soul touching song has been composed by Sachin-Jigar and written by Priya Saraiya. Simran is someone who’s had a lot of dates but isn’t comfortable when a man tries to get physical with her. At the end of the song, we see her raising a toast, but not to anyone in specific.

Directed by Hansal Mehta and written by Apurva Asrani, ‘Simran’ is scheduled to release on the 15th of September 2017.