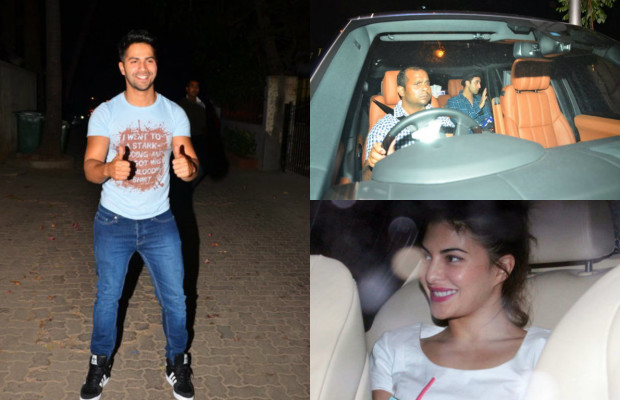 The young sensation of Bollywood, Varun Dhawan, turned 29 today and as usual, he threw a crazy birthday bash for his best pals from the industry. Varun, who is running on a busy schedule with several films slated to release, did not miss out on this opportunity to connect with his friends from the industry.

Varun definitely has a galore of friends, who turned up to wish the star on his birthday. From Ranbir Kapoor to Shraddha Kapoor to Jacqueline Fernandez, many tinsel town residents made their appearance felt at his birthday bash.

On work front Varun is gearing for the release of his upcoming action dhamaka Dishoom that also stars John Abraham and Jacqueline Fernandez.

Watch Varun Dhawan’s crazy birthday bash in the video below,