The world premiere of Seth Gordon’s upcoming action comedy Baywatch was held on 14 May in none other place than Miami, Florida. Johnson, along with the other cast members including Zac Effron, Priyanka Chopra and Alexandra Daddario were super delighted at the premiere. 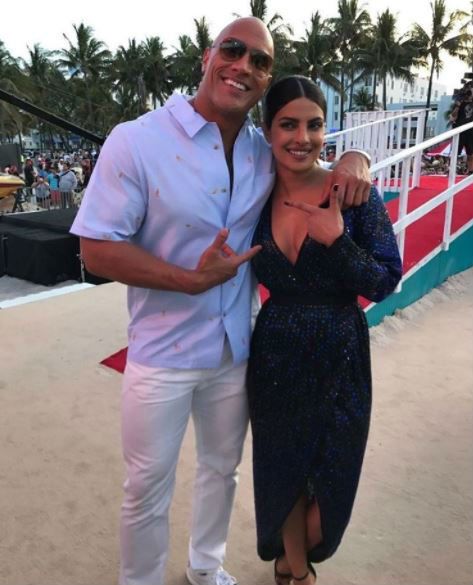 And meanwhile the actress was signing autographs for her fans and giving selfies with them something happened that completely surprised the diva!

As Priyanka was posing and talking to media present at the party, her co-star Dwayne Johnson made an absolutely unusual entry and planted a surprise peck of kiss on the actress’ cheek which enthralled Priyanka in a moment of surprise.

At the premiere of Baywatch in Miami, PeeCee and The Rock was inseparable. The pictures of them from the event are making their fans crazy and anxious to watch the film. It’s just 12 days for the film to release in USA and the fans can’t keep themselves calm.

Baywatch is scheduled to release in the USA on 25 May and in India on 2 June.