The show will feature an epic battle between stand up and skit comedy.

The show brings together the different genres of comedy; stand-up and skit comedy as each team fights it out in the quest to make people laugh.

While the stand-up brigade is featured by comedy queen Bharti Singh, the skit battalion is led by ace music composer Anu Malik. 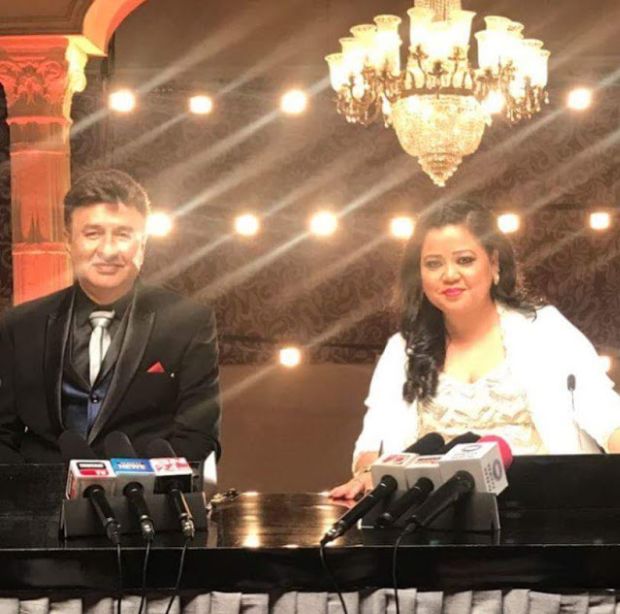 Anita said: “Comedy and drama are part of my life and ‘Comedy Dangal’ is a perfect blend of these two. The concept of the show is something which has never been tried on television before — stand-up comedy versus the skit comedy.

“I like to take up shows which help me go beyond my limits and challenge me as an actor. I am all set for this new show.”

Debina said “In my previous shows, I have either portrayed the role of an innocent girl or that of a vamp. Even though comedy genre is not new to me, I couldn’t explore it much. ‘Comedy Dangal’ will give me that opportunity as there will be new character to play each week and that’s what excites me about this show”.

Pooja Bose said, “I have already done comedy with Bharti and Anita so to share stage with them again is like coming back home. I personally enjoy doing comedy more than family drama. Comedy dangal has a very unique & novel concept which has never been explored on Indian television and that’s the reason why I took up this show.”

Lavina Tondon said, “I am super excited to be part of this great show as I am returning to comedy after very long time. My last stint in a comic role was in a fiction show almost 7 years ago. Now with Comedy Dangal, I will be trying my luck in a non-fiction comedy show where-in I will get to explore different characters. I am glad that this opportunity came my way and I hope viewers will support me in my new endeavor.”