Sony TV’s historical TV show ‘Peshwa Bajirao’ has managed to not only gather great reviews for the presentation of the saga, but has also been appreciated for the starcasts phenominal performances. Very soon, show will take a huge leap with fresh faces to portray the central characters. 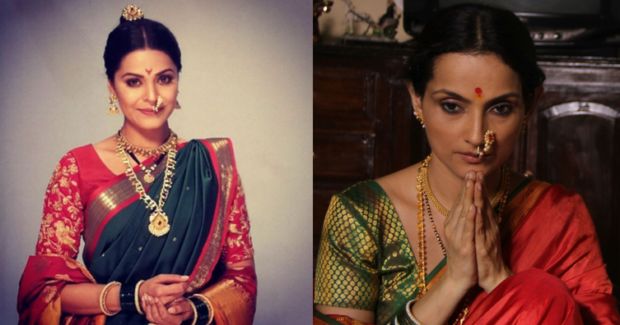 Anuja Sathe who played the role of Radha bai have received much anticipation from the audience and now the responsibilities lies on the shoulders of Rajeshwari Sachdev who will soon be seen playing the mother of Bajirao.

The makers say that Rajeshwari was approached for the role in order to give the character a mature and fine look in the period drama, post the leap. She is a superb actor and brilliant singer, who has played different roles in several TV shows and films. Some of the shows she has done include “Kahaani Ghar Ghar Kii” and “Balika Vadhu”.

When contacted Rajeshwari, she told, “Yes I will be playing the character of Radha bai in Peshwa Bajirao post the leap on the show. My association with Sphere Origin goes a long way back when Varun and I both were in Sphere’s first production post which we got married. I have been offered the role of Radhabai. The shoot is yet to begin and I am really looking forward to being part of their show”

Also, TV actor Karan Suchak, who is popular for doing mythological shows like “Siya Ke Ram” and “Mahabharat” will be young Peshwa Bajirao of the show. He played Lakshman in “Siya Ke Raam” and did Dhrishtadyumna in “Mahabharat”.

The makers say that more breathtaking visual effects and action scenes will be added in the background as the show takes a leap.