The Sony TV’s show with an exceptional concept of a marriage between a boy and a woman is heading towards an even more shocking moment in the upcoming episodes.

The show that invited criticism from the viewers as well as celebrities like Karan Wahi on it’s launch, is still going strong with it’s story where a 18 yr old girl Diya(played by Tejaswi Prakash)marries a 10 yr younger boy who’s a 9 yr old kid Ratan(Afan Khan) to save his life. 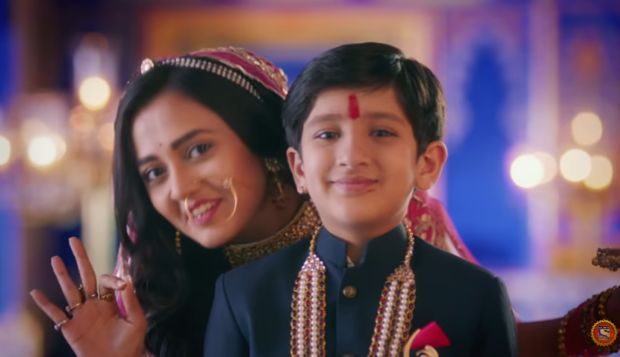 The shocking track of honeymoon is soon to be introduced on the show and a source confirmed it to Tellychakkar – Yes, we have heard, the duo will shoot abroad for their honeymoon sequence and the location will most probably be London. If things fall into place Tejaswi and Afan will leave for their abroad schedule soon.

The portal buzzed actors but they remained unavailable to speak.

Now this shall not be smooth because it was as it is difficult to digest the love story of the show since it’s first episode is telecasted.

Watch the glimpse of show’s latest episode below: