Fame and Fan following of Indian television actors are not less then any Bollywood star. And in terms of fashion, these TV actors give genuine tough competition to the B-town stars. And the personal life of these popular TV stars is as famous as they are. You must have heard and read a lot about Celebs couples. Often TV stars work together and fall in love with each other and then get tied in nuptial wedding knot. And along with the reel, their chemistry and style statement also booms in real life. But there are some celebs who have non-actress wives but their fashion sense and charisma is not less than any TV actress.

These TV Star wives not only personally but also support their husbands on professional front. And in the case of style and fashion, they prefer to move step by step of their husbands. From television parties to award nights, their style is worth watching.

Meet such TV star wives who look fascinating and glamorous. 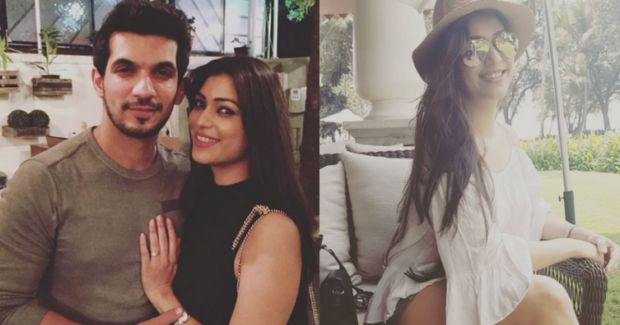 Neha Swami is the wife of popular television actor Arjun Bijlani. Neha belongs to Lucknow and is the niece of actress Deepti Bhatnagar. Neha got married to Arjun on 20th May, 2013. Neha Swami is extremely trendy and fashionable who specializes in dressing according to the occasion.